This year, we’re celebrating Plenty Ranges Arts and Convention Centre's (PRACC)’s 25th birthday, join us in looking back at 25 years of the leading arts and events venue in Melbourne's north..

Since opening on March 1st 1996, Plenty Ranges Arts & Convention Centre (PRACC) has hosted over a million guests and performers, from world-class theatre to international conferences. 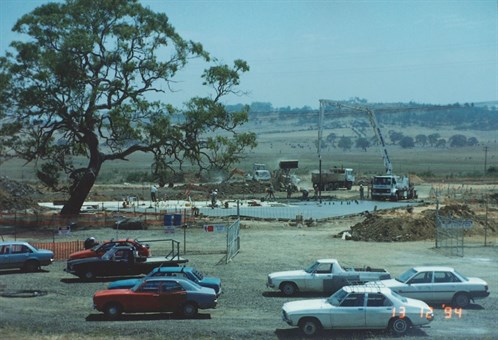 PRACC was a statement of 1990’s confidence. It’s a massive multi-million dollar facility with two raked theatres and huge conference rooms. All of this was placed in the middle of vacant farming paddocks, well beyond the city limits and the end of the any train line.

The investment in PRACC showed confidence that the suburbs of Melbourne’s north would grow rapidly. Today it is literally surrounded by thousands of homes, and is now serviced by South Morang Train Station, only 500m away.

PRACC’s two theatres proved an instant hit, quickly being booked out by professional acts, corporates and community performing arts groups. As the only 497 seat raked theatre in Melbourne’s North, the larger of PRACC’s two theatres, the Yan Yean, is perpetually popular with audiences, schools and production companies.

PRACC reflects the value of performing arts in every community. With the City of Whittlesea destined to grow by another 100,000 residents in the decades to come, PRACC will remain an increasingly critical community asset. When it is not being used by professional acts, it’s used by thousands of primary and secondary school students each year for performing arts rehearsals and performances.

PRACC has also hosted hundreds of events in its flat floor spaces. Today it remains the only venue in Melbourne’s north where you can hire a theatre of up to 497 seats, use acres of surrounding gardens and then have a banquet for 450 or a cocktail party for 700 people.

Photo of South Morang taken from PRACC's tower during construction in 1995. The small brick building at the top is the water pumping station, next to that is now the intersection of Ferres Blvd, Findon Rd & The Lakes Blvd. 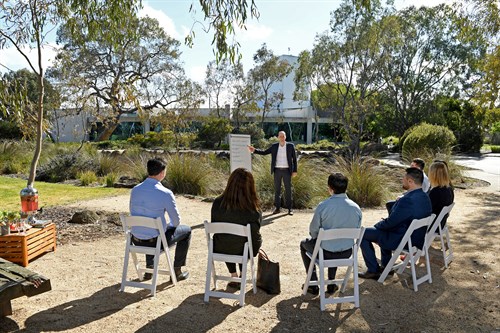 Here's the same space today! In a world full of indoor-only venues, PRACC's gardens are popular for convention break-out sessions. 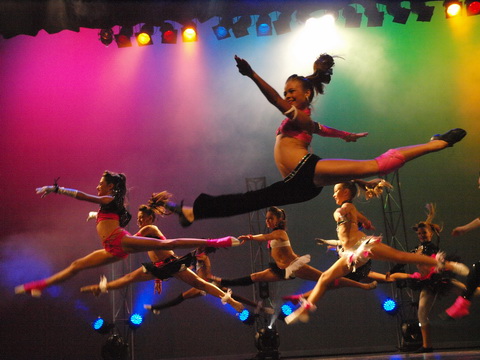 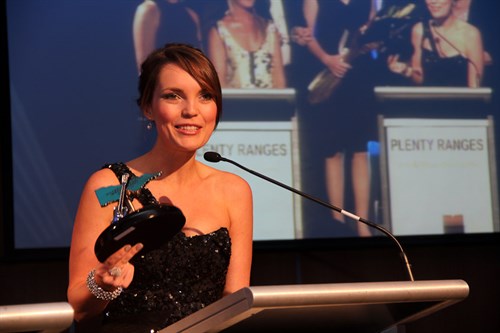 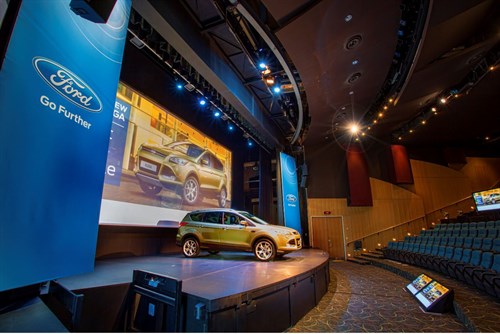 As the only raked theatre in Melboune's North with the ability fit large machinery on stage, PRACC has been popular for corporate launches and training events. 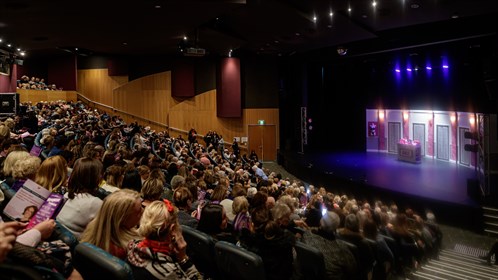 As the largest raked theatre in Melbourne's north, PRACC's Yan Yean Theatre has been consistently popular with touring companies.